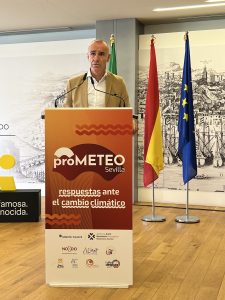 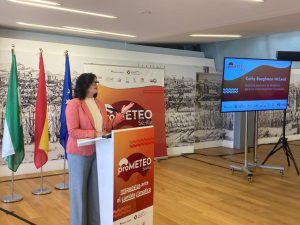 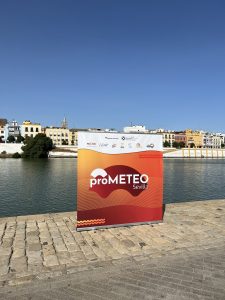 “I want to thank the Adrienne Arsht Rockefeller Foundation Resilience Center for implementing this pilot project in the city. Seville needs to be a mirror in the adoption of measures against climate change, such as this initiative. We are the first city in the world to take a step that will help us plan and take measures when this type of meteorological event happens—particularly because heat waves always hit the most vulnerable,” said Antonio Muñoz, the Mayor of Seville. “The city government ratifies its commitment in the fight against climate change through the reduction of emissions and decarbonization, and second, through adaptation–to make Seville a resilient city with a model that truly tackles the big challenge of rising heat.”

As climate change continues to intensify the temperature, frequency and duration of heat waves, year after year, proMETEO Seville was devised to raise awareness and inform Seville’s residents about the dangerous effects of heat on human health by anchoring public awareness campaigns to a three-tiered category system integrated with the City’s emergency and disaster response plans. 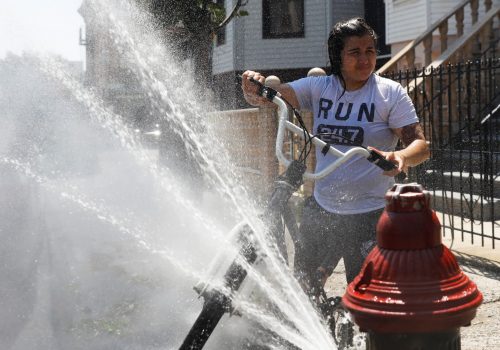 Arsht-Rock is working with international partners to pilot a heat-health warning system that categorizes and names heat waves. Unlike systems for other disasters, it is based on the expected negative health outcomes of the weather forecast specific to the cities involved, not just weather conditions alone.

Seville is in the Andalusia region, which is among the hottest regions in Spain, where temperatures easily soar above 40°C or 104°F. Each category– category one being the least severe to category three being the most – will trigger a distinct set of safety measures and policies, such as the opening of city pools and water parks, or the activation of a corps of community health workers tasked with checking on elderly and other at-risk individuals under the most dangerous heat conditions, to provide residents with the resources they need to protect themselves from the perils of extreme heat.

The categories are based on the expected excess danger posed by the temperature, humidity, and conditions in the 30 days preceding it. Heat waves designated as Category 3 events would be named in descending order form the last to first letter of the Spanish alphabet. The first five names for heat waves reaching a category 3 will be named:

“Today, Mayor Muñoz and Seville are leading the way by becoming the first city in the world to name and categorize heat waves. This new method, backed by 18 months of our science teams’ analysis and research and built with many global and local experts is intended to build awareness of this deadly impact of climate change – and ultimately save lives.”

“Today, Mayor Muñoz and Seville are leading the way by becoming the first city in the world to name and categorize heat waves. This new method, backed by 18 months of our science teams’ analysis and research and built with many global and local experts is intended to build awareness of this deadly impact of climate change – and ultimately save lives,” said Kathy Baughman McLeod, SVP and director of Arsht-Rock.

The efficacy of proMETEO Seville will be rigorously tested in a year-long feasibility pilot administered by the project partners. It is based on analysis of historical climate records and local health and mortality data for the city of Seville and powered by a novel algorithm that forecasts heat waves up to 5 days in advance of a heat event and automatically categorizes it based on its impact on human health and mortality.